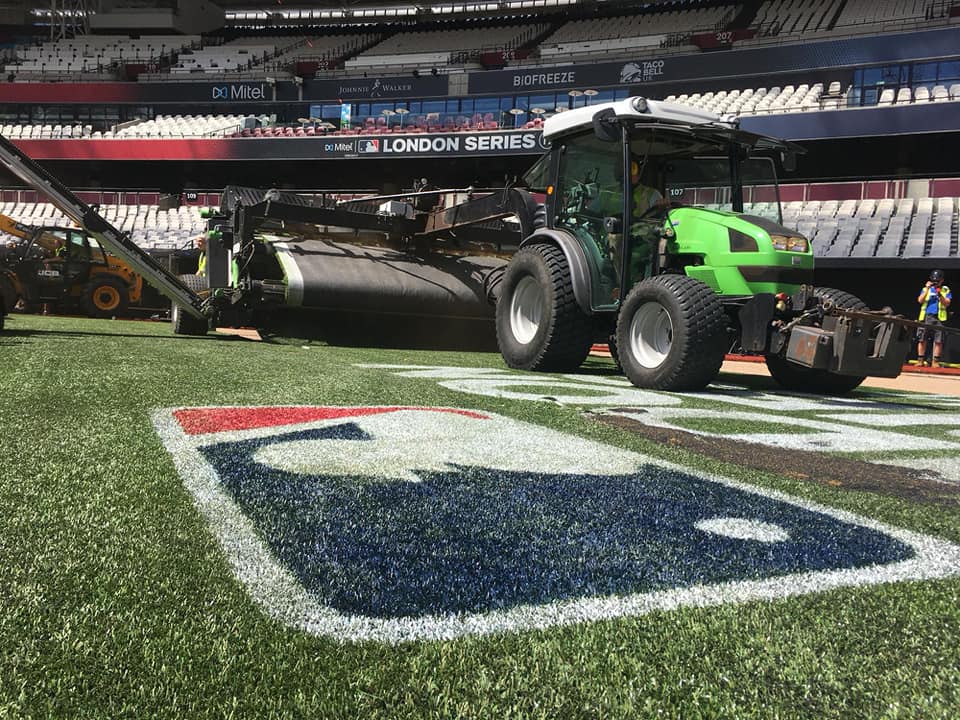 July 2019 we were asked to dismantle the MLB London Series Baseball pitch in the Olympic stadium of West Ham in the Queen Elisabeth park.

After the games, Silica Nova had 48 hours to clear the pitch.

As the photos show a huge project.